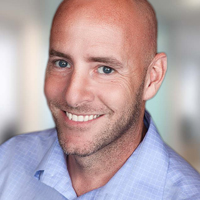 Ryan has unique skills and leadership qualities that are as diverse as they are impressive. He embodies the “lead-by-example, not-by-talk” ethic that resonates with colleagues and clients alike. Raised in Hendersonville, NC, he started taking private programming lessons at age 8 and won several state-level Design/Programming awards before he finished high school. Prior to collegiate life, Ryan served in the Army (1993-97)—graduating from the Diplomatic Language School (1994) and the Army Intelligence School (1995). He served both as an Afghan linguist (Dari) and Military Interrogator during his tenure.

Following his service, Ryan earned a degree in computer operations management from Eastern Illinois and upon graduation, worked in Chicago as a designer/programmer for several years. He returned to the Upstate in 2000, as the Architect of Web Applications Development at Nuvox Communications till 2005. During that tenure, he co-founded his own interactive company: Mediasation. In 2013, they merged with Fuel Marketing to form Fuel Digital Marketing & Branding. He served as President of this fully integrated, in-house agency, overseeing a diverse, highly skilled group of people. Today Ryan oversees the custom application development team for Fuel.