Now, I don’t have much of a problem with “social”, and I certainly don’t mind “media”, but you put the two together and all of a sudden I think of incessant tweets and gobs of pointless You Tube comments.

Two weeks ago a friend of mine introduced me to a video on You Tube; some goofy pseudo-rap music video entitled “On a Boat.” Yes, I’ll admit that it was mildly entertaining… but it was painfully pointless! The Kicker: almost thirteen million views. Thirteen million! seriously…

So I pulled up AidJoy’s videos on Vimeo. Hmmm… 1078 total views. Some quick math revealed the sad truth: For every one (1) person that watched an AidJoy video there were eleven thousand nine hundred and sixty five (11,965) people that had watched the painfully pointless yet mildly entertaining drivel my friend told me to check out.

And therein lies the key: My friend told me to check it out- so I did. Hmmmm… isn’t that how social media works? Bing Bing Bing- we have a winner!!!

Fast forward two weeks to this morning, Jonathan and I are explaining just how little we actually know about social media to an eager group of cyber socialites at the monthly meeting for Greenville’s Social Media Club.

At the end of the event Jonathan and I are descended upon by well-intentioned gurus like two cute babies at a quilting convention (ok, so we’re not that young ;) ).  An hour later AidJoy’s Social Media Team has been forged.

It is always exciting to have new energetic individuals joining the AidJoy family. When you work on a project on a daily basis and have to deal with the nuts-and-bolts associated with operating a non-profit it can be easy to lose your positive outlook no matter how meaningful the end result of the work is. With new people comes fresh energy and renewed inspiration.

I’d just like to say thanks to Cassia, Despina, Glenn, Scott, and Christa. You are what keeps AidJoy moving forward and solving dire problems.

Here are our new brothers and sisters:  (Click on them if you want to get a bit more up close and personal) 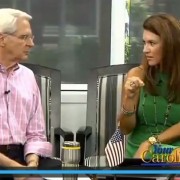 Chasing the Dream in the Peruvian Amazon 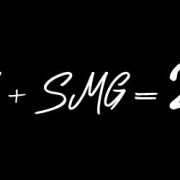 Your Donation Goes Twice As Far Through Dec. 3rd